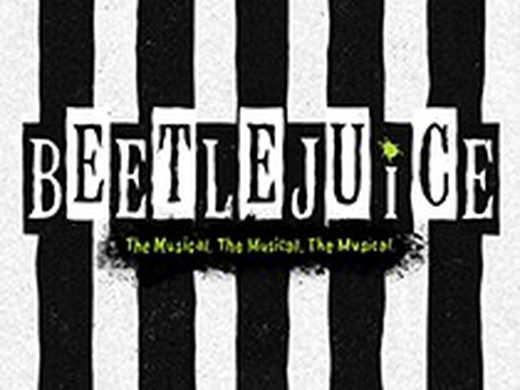 The new musical comedy Beetlejuice will open on Broadway at the Winter Garden Theatre in the Spring.

It’s showtime, folks! Beetlejuice is ruder, raunchier and frankly, more repellent than ever in this original musical based on Tim Burton’s wonderfully demented film. Beetlejuice tells the story of Lydia Deetz, a strange and unusual teenager obsessed with the whole “being dead thing.” Lucky for Lydia, her new house is haunted by a recently deceased couple and a degenerate demon who happens to have a thing for stripes. When Lydia calls on this ghost-with-the-most to scare away her insufferable parents, Beetlejuice comes up with the perfect plan, which involves exorcism, arranged marriages and an adorable girl scout who gets scared out of her wits.

Beetlejuice is based on the 1988 Academy Award-winning Warner Bros. motion picture with story by Michael McDowell and Larry Wilson. The smash hit comedy was direct

No refunds or exchanges after booking.

Recommended for ages 12 and older. Children under the age of 4 are not permitted in the theatre.

Where Do I Go

* This product requests separate payment. Promotion code or coupon from Ticket Here is not applicable.