The Leaning Tower of Pisa

The most famous in the world as one of the seven wonders of the medieval era.
You must see the Leaning Tower of Pisa if you are planning to visit Italy or Florence. 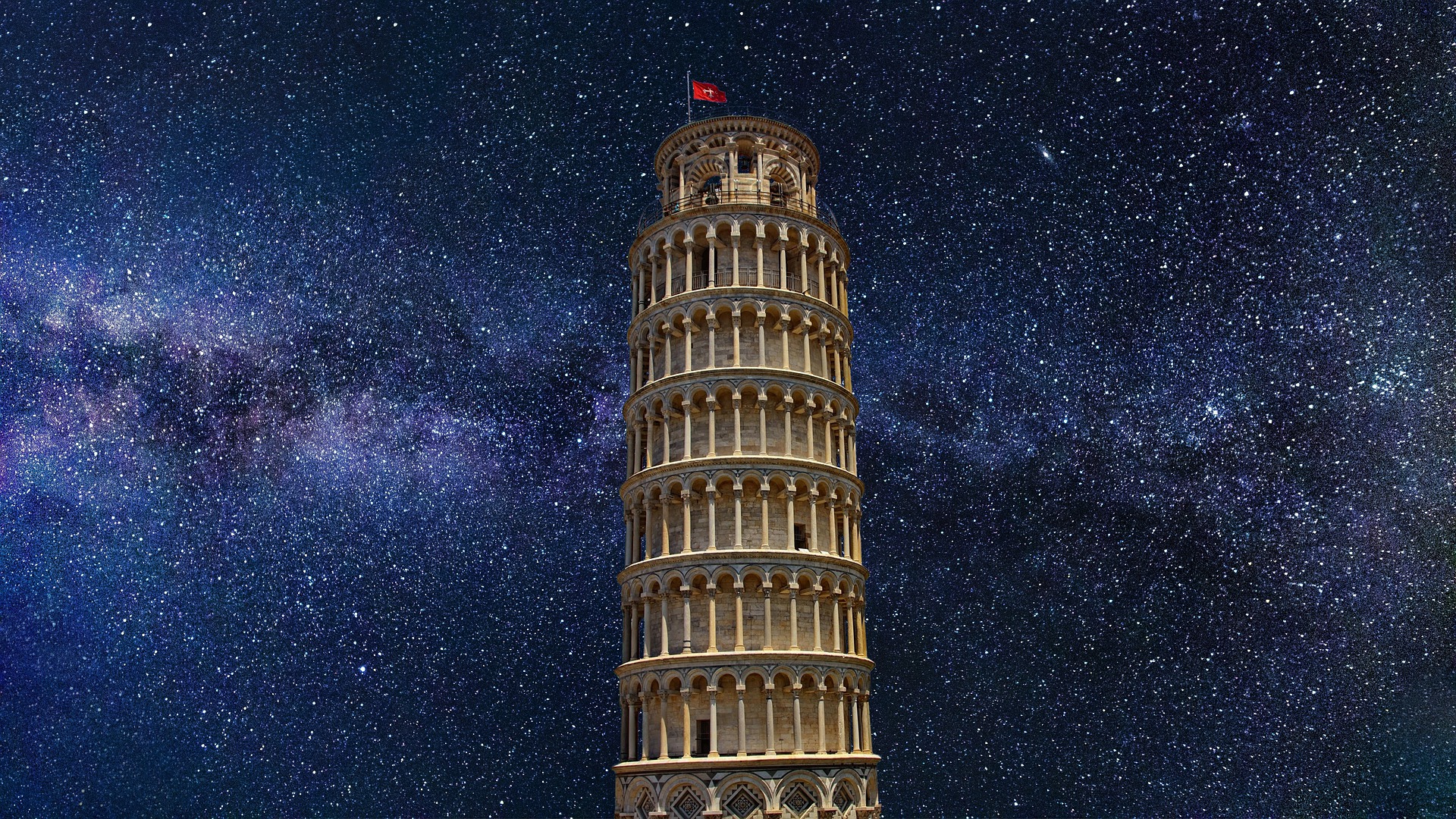 Pisa is about an hour away by train from Florence.
Pisa is a thriving city through sea trade, with colourful buildings along the way.
The Arno River, which crosses the centre of Florence, flows through Pisa to the Mediterranean Sea.
Take a tour of the Leaning Tower of Pisa from Florence, where you can travel to a day trip!

When is the best time to visit? The best time to visit Pisa and Florence is between May and September enjoying warm weather, open-air dining and Italian sunshine.
As you may know, unfortunately, it has hot weather, tourist rush and expensive hotel rates. If you visit in late autumn or winter, you'll have lower room rates and much shorter lines.

What you MUST SEE in Pisa

Leaning Tower of Pisa –  the magnificent Baptistery, the stunning Cathedral, and the Monumental Cemetery, supreme expressions of the Romanesque architecture of the 12th and 13th centuries, containing works of staggering artistic impact.

We highly recommend the tours of Pisa from Florence.
It will be a trip to learn about the history of Pisa Romanesque architecture hidden here and there with tour guides. You can enjoy a Pisa trip from Florence conveniently with the hotel pickup service

#Pisa Walking Tour : from €75.99
Guide will take you on a thorough walking tour of Piazza dei Miracoli and its monuments.
You will be able to see a wonderful moments.
It is a six-hour walking tour that allows you to climb the Leaning Tower.
You can click the image for more information.

#Pisa Half Day Tour : €85.99
This is a comfortable personal tour with personal drivers and private tour guides for the history and beauty of Pisa.
Also you can visit Tuscan countryside to the historic university city of Pisa.
You can click the image for more information.

#Pisa Private Tour : €107.99
You can visit Lucca, the Sea-Side Resort of Forte dei Marmi and World-Famous Pisa.
See Torre Guinigi and Other Spectacular Buildings.
This is a day tour that starts at 9 a.m. for 11 hours.
You can click the image for more information.

When was the Leaning Tower of Pisa built?

The construction of the Leaning Tower began in August 1173 and completed in the mid-1300s. It was interrupted few times by wars, debt and while engineers worked on solutions to correct the lean.

Who built the Leaning Tower of Pisa?

The Leaning Tower of Pisa’s architects is a mystery. But the most well-known accredited architects of this first phase of work are Bonanno Pisano and Gherardo din Gherardo.

Why was the Leaning Tower of Pisa built?

The Leaning Tower of Pisa is the churches bell tower. The city of Pisa became an important Italian seaport.  religious buildings. Its fame and power grew gradually over the years, as the people of Pisa were involved in various military conflicts and trade agreements. The Pisans attacked Palermo on Sicily in 1063. This successful attack made the conquerors return to Pisa with a great treasure. To show the world how important the city was, Pisa wanted to build a great cathedral complex, the Field of Miracles. The plan included a cathedral, a baptistery, a bell tower and a cemetery.

Why does the Leaning Tower of Pisa lean?

Thanks to the soft ground, shifting soil had destabilized the tower’s foundations. Over 800 years, it became clear the 55-metre tower wasn’t just learning but was actually falling at a rate of one to two millimeters per year. 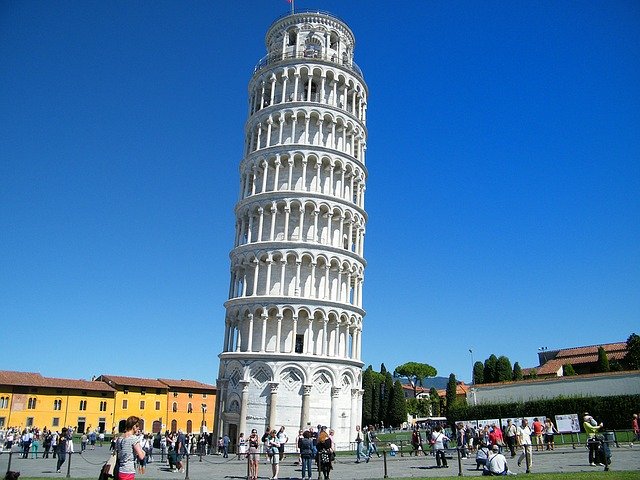 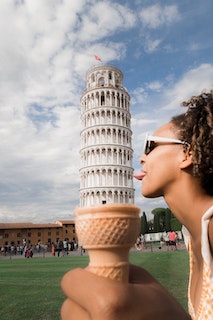 Find The Leaning Tower of Pisa Tours in Ticket Here

#Where I can leave my luggage?

The service is free. Opera della Primaziale Pisana provides a cloakroom, reserved for those who visit the Tower.

#Where I can leave my dog?

Except for guide dogs with disabilities,You can’t enter with your dog. Outside the monuments you can walk with the dog.

How to get to the Leaning Tower of Pisa

What you eat in Pisa

Ristorante Allabona Pisa is a great restaurant with a 100% truly tuscan style dishes. You can enjoy fresh meals made from various seasonal ingredients. It is possible to eat around €40 on average.

What you MUST DO in Pisa