This magnificent chapel is based in the Apostolic Palace is the official residence of the pope in Vatican City. It is renown for having its ceiling decorated with “The Last Judgment” by Michelangelo. Sistine Chapel is one of the greatest treasures of Vatican City. It can be defined as the wonder of the Renaissance. It’s known for its interior decoration and architectural beauty.

The Sistine Chapel is located on the right of St. Peter’s Basilica from St Peter’s Square, inside the Vatican Museums 1. The Sistine Chapel was originally known as Cappella Magna. In 1477, Pope Sixtus IV instructed to rebuild the chapel, which was then named for him

2. In 1503, Pope Julius II commanded Michelangelo to change some of the decoration of the chapel. However, Michelangelo was not keen on taking on the position as he considered himself a sculptor, not a painter. Also he was occupied sculpting the king's tomb.

3. Michelangelo took 4 years to work on his famous frescoed ceiling in 1508. The work was so physically taxing, it permanently damaged his eyesight.

4. The renown "The Last Judgement" behind the alter was painted by Michelangelo 20 years after he initially worked on the frescoed ceiling from 1536 to 1541.

5. The chapel was restored in 1980 and it took restorers 14 years to reattach fresco and clean it. The restoration work was controversial for removing the second layer of paint that Michelangelo intentionally used to give figures depth.

What you MUST SEE in Sistine Chapel

The First Day of Creation

The Creation of the Sun and the Moon

The Creation of Adam

The Creation of Eve

We highly recommend the tours of Sistini Chapel with a VIP Early entrance ticket!

It will be a trip to explore many galleries located within the Vatican Museums with detailed guide tour in English, as part of an exclusive group with no more than 30 participants

#Skip the Line: VIP Early Entrance - Guided Tour: from €72.99
An English-speaking Expert will take you on a thorough walking tour of Sistine Chapel as a VIP.
With our privileged access to the Sistine Chapel, before any groups and the general public,
you will have the chance to admire Michelangelo's masterpiece with a few other lucky people!

How to get to the Sistine Chapel

What you eat near
Sistine Chapel...

Ristorante Arlù is a great restaurant with a mediterranean and romana dishes. You can enjoy from brunch to dinner in a cozy and elegant vibe.  The price range is 15 – 55 Euro. Try the delicious Tiramisu for dessert! 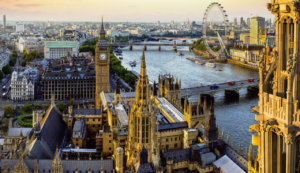 The Top 10 Things to Do When Visiting London – Ticket Here 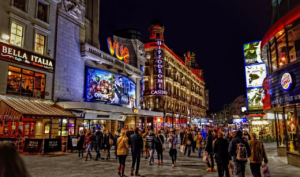 The Best Time to Visit the Eiffel Tower – Seasons & Holidays Why Wicked is A West End and Broadway Musical Sensation Experience The Wonder of Disney’s Musical “The Lion King” What to Expect on the Harry Potter Studio Tour in London